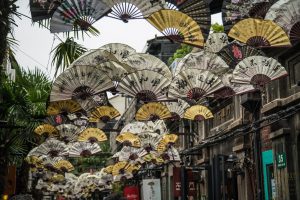 As we board our plane heading for Raleigh, we continue to process the relationships and experiences we encountered in Nanjing, Suzhou, and Shanghai in an attempt to make sense of them from our Western perspective. Our challenge is to construct new lenses as we reflect on the people, the place and the opportunity in which we have been immersed. We strive to go beyond superficial comparisons of East and West as we reflect on economic, political, social and educational differences.

In her book, Cultural Foundation of Learning: East and West, Jin Li mentions the Chinese phrase “haso-xue-xin,” which means a heart and mind for wanting to learn. Li discusses how her mother gave her that phrase while she was writing her dissertation at Harvard. Li was looking for a phrase that would describe Chinese people’s desire to learn. The western translation was achievement motivation, but her mother said that would not translate in Chinese and offered an alternative. I think we have seen this phrase play out in our interactions with teacher and students this week. 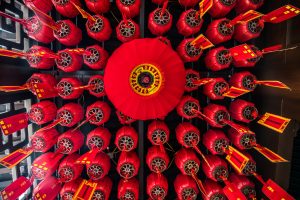 One of the aspects of Chinese education that I find interesting is how the school day is organized around learning English–in contrast to American schools where acquiring a foreign language is more of a sidebar. Li sheds light on the origins of this phenomenon as she recounts how at the end of the imperial system in China around the turn of the twentieth century, the government understood that they had to increase their people’s access to Western languages if they hoped to participate in the modern world. In the 1970’s, after Mao Zedong’s ten years of closed schools and rejection of education, the quest for Western language proficiency was intensified. Marx’s emphasis on foreign language as “a tool in human struggle” became the mantra of every school as well as every child. This historical explanation sheds light on some of what I have experienced with teachers, students, and schools in China over the past nine years. In fact, I have often heard teachers refer to learning and teaching English as “our great struggle.” 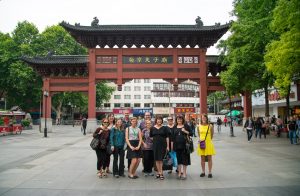 Over the past week, we opened our hearts and minds as we embraced Chinese culture. We only scratched the surface with understanding but look forward to more opportunities for cultural exchanges. As our plane touches down in Raleigh and we return to our everyday lives, our new experiences are written on our hearts and minds. We will make every effort to share our new perspectives with our students and colleagues.