During the 2019-2020 academic year, Centennial Campus Magnet Middle School (CCMMS), a public school in Raleigh, North Carolina, implemented the Learning Differences program, which was developed by the Professional Learning and Leading Collaborative (PLLC) at the Friday Institute for Educational Innovation (FI).

Implementation began with the formation of a modified Research-Practice Partnership (RPP) established by the director of the PLLC and the principal of CCMMS. The purpose of this RPP was to provide technical assistance to CCMMS teachers as they took the Learning Differences Massive Open Online Course for Educators (MOOC-Ed) in the summer of 2019 and facilitated the Students LEAD (Lead, Explore, Advocate Differently) online course to their students in the fall of 2019. The RPP also formed an implementation team consisting of the CCMMS co-university liaison, who was a liaison between the teachers and the administrators, three of the Learning Differences program developers and three evaluators from the Research and Evaluation Team at the FI, one of which also served as the FI liaison for CCMMS’ co-university liaison.

Implementation continued as CCMMS teachers were incentivized to participate and complete the Learning Differences MOOC-Ed course. Eight teachers completed the course over the summer of 2019 and received a $500 stipend. When they returned to campus for the fall of 2019, six seventh grade CCMMS teachers and six eighth grade CCMMS teachers also facilitated the Students LEAD online course during their weekly advisory period. In the spring of 2020, teachers planned to infuse learning differences concepts into their content classroom curriculums. However, plans were delayed at the beginning of the term and ultimately cancelled due to priority shifts related to COVID-19.

In analyzing the data, the evaluation team found nine key lessons from the CCMMS Learning Differences program implementation that may help future schools and districts as they design their implementation strategies, namely: 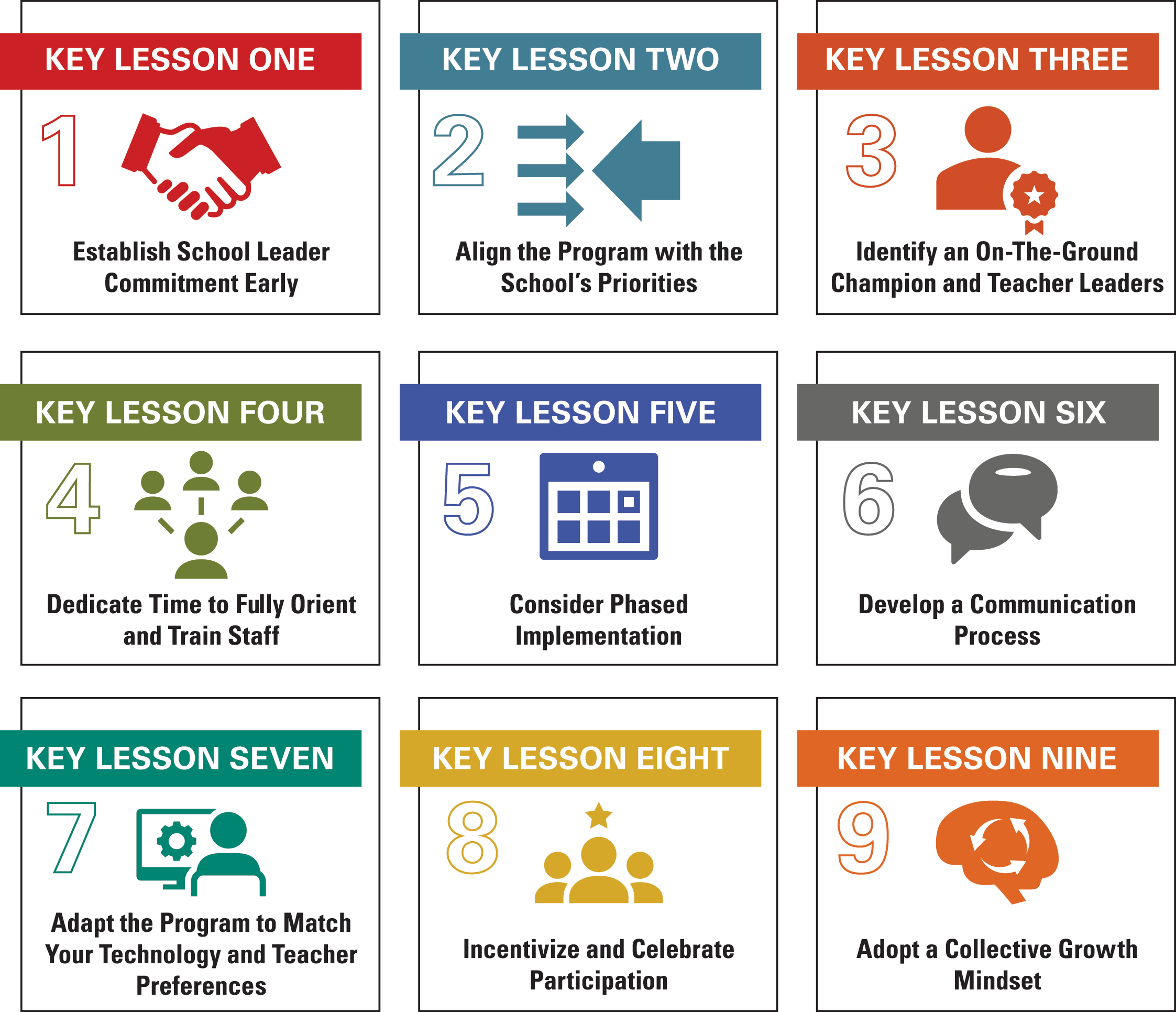 The data also underscore how the program positively impacted student learning and development. In their survey and focus group responses, students described having a better understanding of their own learning differences and tools that support learning differences as a result of engaging with Students LEAD. They also expressed the stronger ability to advocate for themselves by asking their teachers for what they needed to be successful. Moreover, students communicated greater empathy for their peers’ learning styles and preferences.

Edwards, C.W., and Dreier, A. (2020). “Becoming Embedded In What We Do” The Implementation and Impact of the Learning Differences Program at Centennial Campus Magnet Middle School in Raleigh, North Carolina. Raleigh, NC. Friday Institute for Educational Innovation at the NC State University College of Education. [friday.institute/7707]