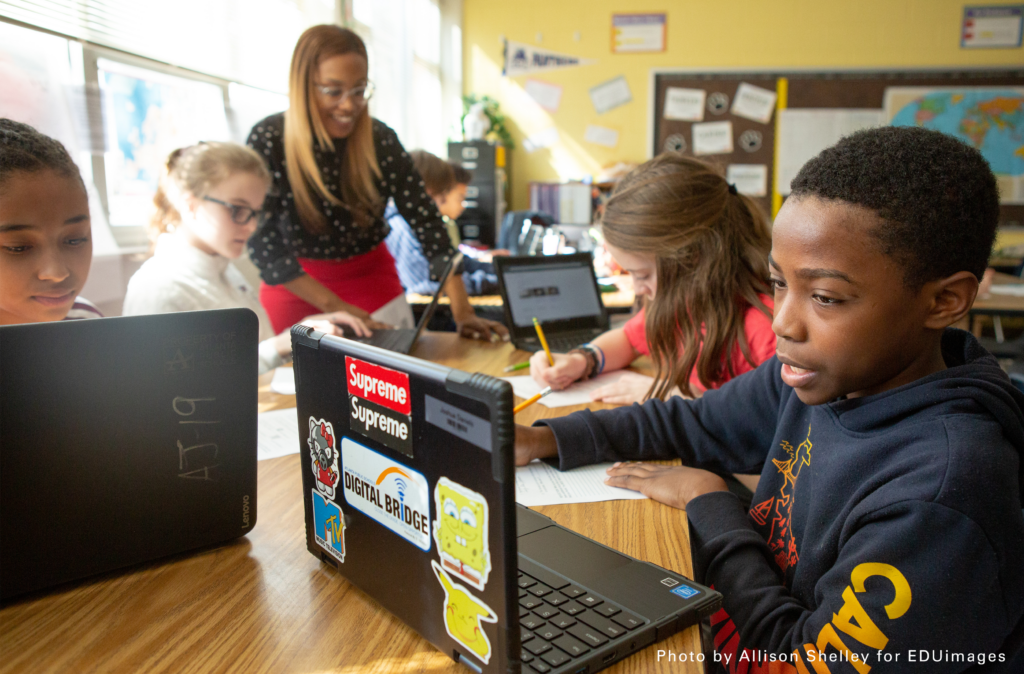 With a grant from the North Carolina Department of Public Instruction, Wilson County Schools (WCS) has partnered with the Friday Institute for Educational Innovation and Greenlight Broadband to provide professional development for their instructors and computer science courses for their middle and high school students to boost their level of problem-solving, creativity, team building and knowledge in coding and mobile app development. WCS, located in Wilson County, North Carolina, aims to offer their students better opportunities such as those in technology and advanced agriculture, as many students live in underserved rural areas with high levels of poverty.

“It gets them exposed at an earlier age to things that would be possible for them,” said Kelly Lindsay, curriculum instruction management coordinator for Wilson County Schools. “They don’t necessarily think that ‘maybe I could be a computer scientist’, but if they get interested early enough, then they would have the pathway. It also expands their creativity and basic computer skills, because you know, anybody that has a job, especially this year, has figured out that you’ve got to know how to type things, you’ve got to know how to operate Zoom and all this other stuff. We’re trying to get them acclimated to things because this is the future.”

As one of the fastest growing occupations according to the Bureau of Labor Statistics, computer systems designers, software engineers and software analysts are jobs employers are desperate to fill.

Lindsay’s team had already been offering some computer science curriculum at the middle school and high school level but wanted to expand what they were doing to make sure there was more diverse representation and participation from their students.

WCS’ partnership ‘with the Friday Institute began in February and will continue throughout the summer, with several weeks of professional development for a coding team of 11 teachers and two technology facilitators alongside course development for both middle school and high school. The coding team will immerse and facilitate coding objectives into 10 schools—all six WCS middle schools, plus its alternative school, and three high schools—developing a progression of coding courses that will align with the career exploration labs for middle school students and the high school pathways in Career and Technical Education (CTE) and Career and College Promise (CCP) programs.

“There really is no debate that computing has become a critical component of our lives, and there is near universal support for increasing opportunities for students to learn computer science in our schools,” said Sam Morris, CS4ALL program manager at the Friday Institute.  “However, the school day is already filled with other components of the NC Standard Course of Study.  What is great about Wilson County Schools’ approach is how they are exploring ways to integrate computer science topics and skills into other courses, in addition to increasing capacity to offer more dedicated computer science courses.”

The middle school course will build off Code.org’s Computer Science Discoveries curriculum and will be merged with the middle school CTE courses in office productivity, which focus on various technology concepts from keyboarding to Excel. The high school course aligns with computer science pathways in digital design and game arts, which include lessons in mobile app development and computer programming. WCS anticipates that the initial number of students impacted will be approximately 2,165 students. Courses launch in fall 2021.