Robert “Bob” Tinker, a brilliant, creative educator who received the 2013 Friday Medal for Educational Innovation for his many contributions, passed away yesterday. Our condolences to his wife, Barbara, who was his life partner for 50+ years of good works going back to their contributions to the civil rights movement, to his beloved children and grandchildren, and to all of the Tinker family.

I will always remember when I first met Bob in 1985. I visited TERC, which he led from its early days to its becoming a national leader in STEM education. It was then based in an old funky house in Cambridge, and Bob’s office had a bit of the look of the space of a mad scientist, with electronic parts, soldering irons, and open computers scattered about. Bob showed me the science probes he was developing to interface with Apple II computers, along with data analysis and graphing software. With contagious enthusiasm and joy, he explained his vision of how these would allow students of all ages to “do real science” – collecting and analyzing their own data. I knew enough to recognize that this was a great idea – he was creating the computer-based lab that has become a major part of hands-on science – and that this was a person worth getting to know.

Bob was always a step ahead of everyone else in seeing the educational potential of emerging technologies and in developing innovative models. His work on the National Geographic Kids Network and the Global Laboratory Project demonstrated the potential of the Internet for networked citizen science projects. He went on from TERC to start the Concord Consortium and built it into a leader in the use of technologies in education. There, he started to first Virtual High School in 1997, which continues to serve students today and influenced so many of the virtual schools created since. In fact, the still running EDC EdTech Leaders Online professional learning program that I began in 1997, with Barbara Treacy and Kristen Peterson, was influenced by discussions with Bob about the potential of online learning. He was also ahead of everyone in developing educational applications for mobile devices – I remember him demonstrating a set he built for the Apple Newton, long before mobile devices were common.

When he received the Friday Medal in 2013, Bob said: I’ve been fortunate enough to get paid for doing what I really love. And what I really love must be in my genes, because there really could not be a better name than Tinker to describe what I do. His love of his work, along with his brilliance, creativity and generosity, came though in everything he did. I’ll always remember Bob for his great energy, openness and generosity in supporting the work of others. I greatly enjoyed and benefited from every interaction I had with Bob over the 30+ years I’ve known him, and am deeply saddened to know that we won’t ever have a chance to get together again. But there is no doubt that Bob’s legacy of important work and impact through inspiring and mentoring so many others will live on. Rest in peace, my friend. 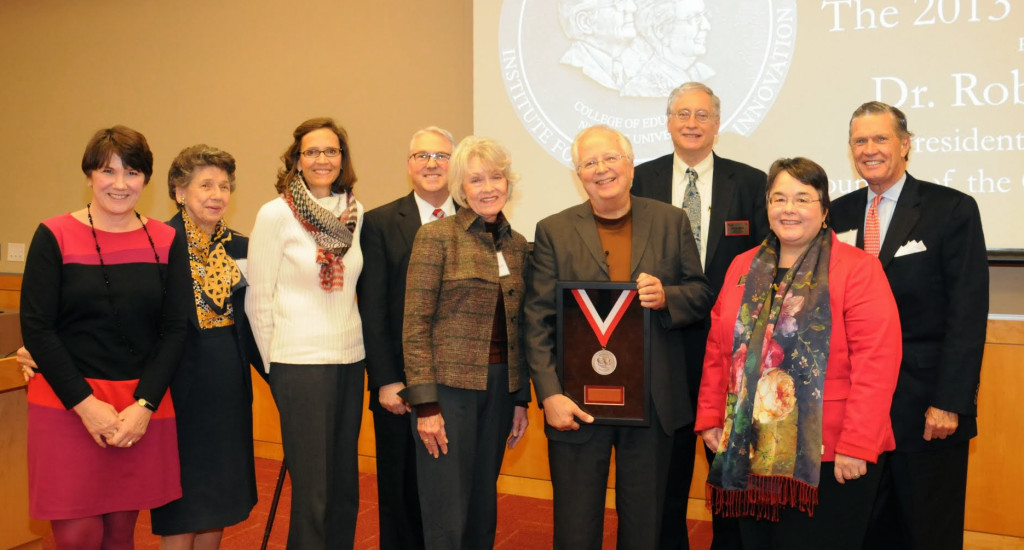